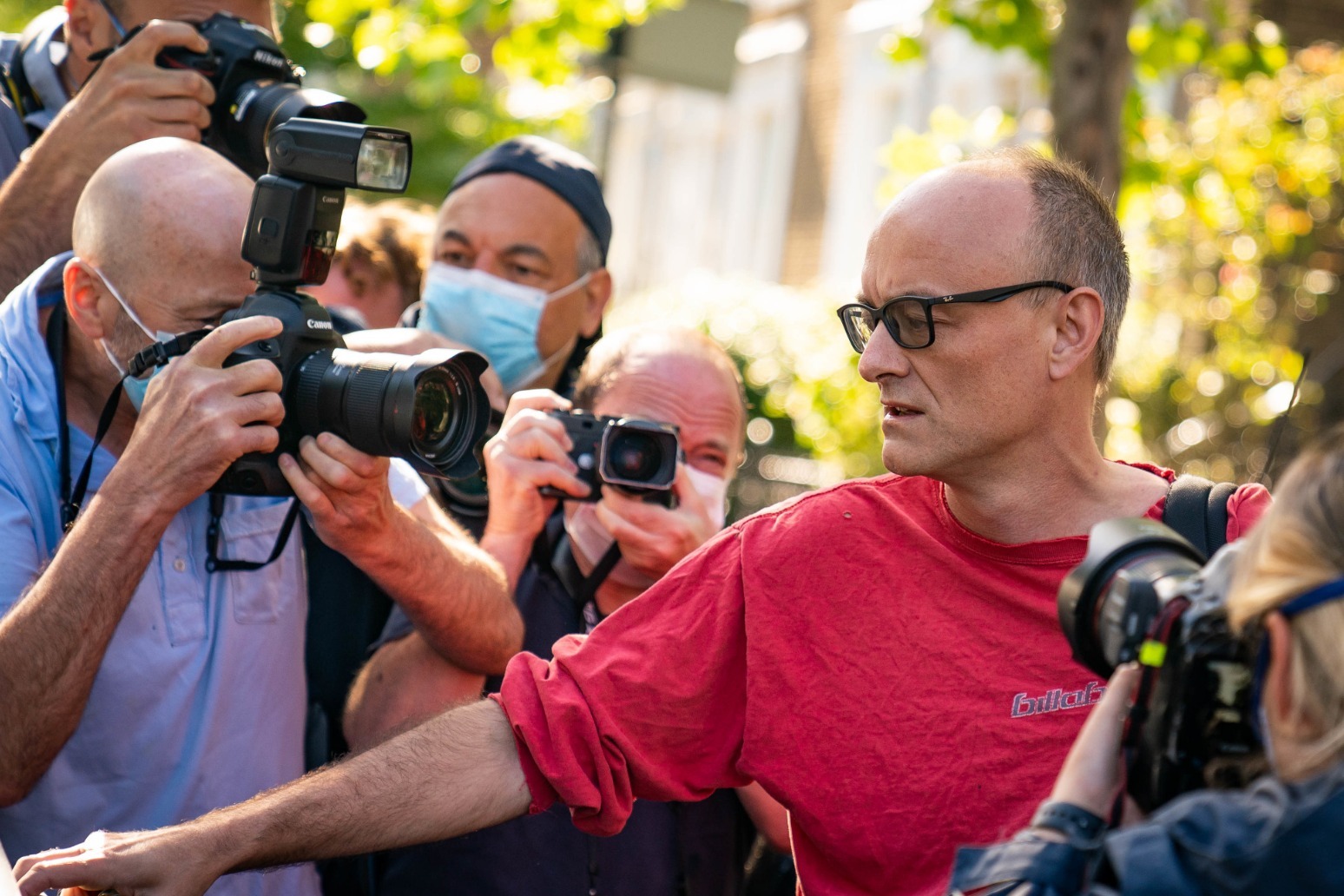 Boris Johnson is facing sustained pressure to sack his key aide Dominic Cummings following allegations he breached coronavirus lockdown restrictions. The Prime Minister will discuss the easing of measures at a Cabinet meeting on Monday, but the political storm over his chief adviser’s trip looks set to overshadow any announcements.

Mr Cummings travelled to County Durham in March to self-isolate with his family – apparently because he feared that he and his wife would be left unable to care for their son – while official guidelines warned against long-distance journeys.

Further reports also suggested he took a second trip to the North East in April, having already returned to London following his recovery from Covid-19 – a disease which has seen more than 45,000 people in the UK die after contracting it.

Several Conservative backbenchers have joined calls from opposition parties for Mr Cummings to quit or be sacked, amid warnings that his actions have “undermined” efforts to fight coronavirus.

Professor Stephen Reicher, a member of the Government’s advisory group on behavioural science, told ITV’s Good Morning Britain: “If you look at the research it shows the reason why people observed lockdown was not for themselves, it wasn’t because they were personally at risk, they did it for the community, they did it because of a sense of ‘we’re all in this together’.

“If you give the impression there’s one rule for them and one rule for us you fatally undermine that sense of ‘we’re all in this together’ and you undermine adherence to the forms of behaviour which have got us through this crisis.”

And Gloucestershire’s independent police and crime commissioner Martin Surl said Mr Cummings’ actions made a “mockery” of police enforcement earlier in the lockdown.

He told BBC Radio 4’s Today programme: “I think it makes it much harder for the police going forward – this will be quoted back at them time and time again when they try to enforce the new rules.

“But I think more importantly it makes something of a mockery of the police action going back when the message was very, very clear: stay at home.”

Mr Johnson said he could “not mark down” Mr Cummings for the way he acted, and told the Downing Street press conference on Sunday that, following “extensive” talks with his aide, he concluded “he followed the instincts of every father and every parent”.

He said Mr Cummings had “acted responsibly, legally and with integrity”.

The PM is set to reveal plans to ease restrictions for certain sectors of the economy – with the changes expected to signal the reopening of some non-essential shops – when the Cabinet meets on Monday.

It follows confirmation that the phased reopening of England’s primary schools will commence on June 1.

Mr Cummings’ actions have provoked fury among some MPs, with Tory former minister Paul Maynard saying: “It is a classic case of ‘do as I say, not as I do’ – and it is not as if he was unfamiliar with guidance he himself helped draw up.

“It seems to me to be utterly indefensible and his position wholly untenable.”

“Any residual hope that this might die away in the next 24 hours is lost.”

Somerton and Frome MP David Warburton said he was “unconvinced” by the PM’s defence of Mr Cummings, while Tory grandee Lord Heseltine said it was “very difficult to believe there isn’t a substance” in the allegations about Mr Cumming’s movements.

The PM also came in for stinging criticism from bishops, who accused him of treating people “as mugs” and with “no respect” after he opted to stick by his chief aide.

The Rt Revd Nick Baines, Bishop of Leeds, tweeted: “The question now is: do we accept being lied to, patronised and treated by a PM as mugs?”

Education Secretary Gavin Williamson said it was his “understanding” from the Prime Minister that Dominic Cummings and his family did not break the law in their trip to Durham during lockdown.

He told BBC Breakfast: “(The Prime Minister) has been absolutely categorically assured that both Dominic Cummings and his family both followed the guidance and also followed the rules…

“The guidance is incredibly extensive and at the heart of that guidance is always the issue of safeguarding children and making sure that children are always absolutely protected.

Hundreds of thousands on furlough scheme weeks before support ends